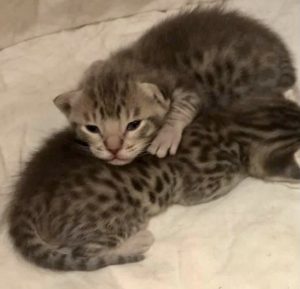 When considering whether you would like to breed cats, the first thing you should keep in mind is the law. It is very important to check the laws on cat breeding and ensure that you can be in line with them.

The laws on cat breeding are not as strict as the laws on dog breeding. Dog breeding has two laws that regulate it: Breeding of Dogs Acts 1973 and 1991 and by the Breeding and Sale of Dogs (Welfare) Act 1999, which requires you to have a licence to breed dogs.

Breeding cats, on the other hand, is only protected by the Pet Animals Act 1951. This act requires you to have a licence to sell pets through a pet shop or an individual home; however, it is more than 50 years old and has failed to adapt to the changing cat breeding market, where most sales are made online and through small advertisements.

Recently, there has been a push from Cat Protection and MPs in the UK Government to try and rectify this. More attention is also being paid to the often poor conditions in which cats are being breed and it is likely that there will be strict crackdowns in the future. Cats Protection believes that much of these poor conditions are due to hobby breeders (those more interested in money than in breeding) so do make sure you are properly committed to the cause before breeding cats.